Free Shipping on all orders over $300 to the US and EU.

Robin is a member of the Swedish menswear community and shares his opinion on sartorial matters on his blog: To Quote. We are fans of his take on the "Scandinavian look" and appreciate his easy going, honest approach to men's style. 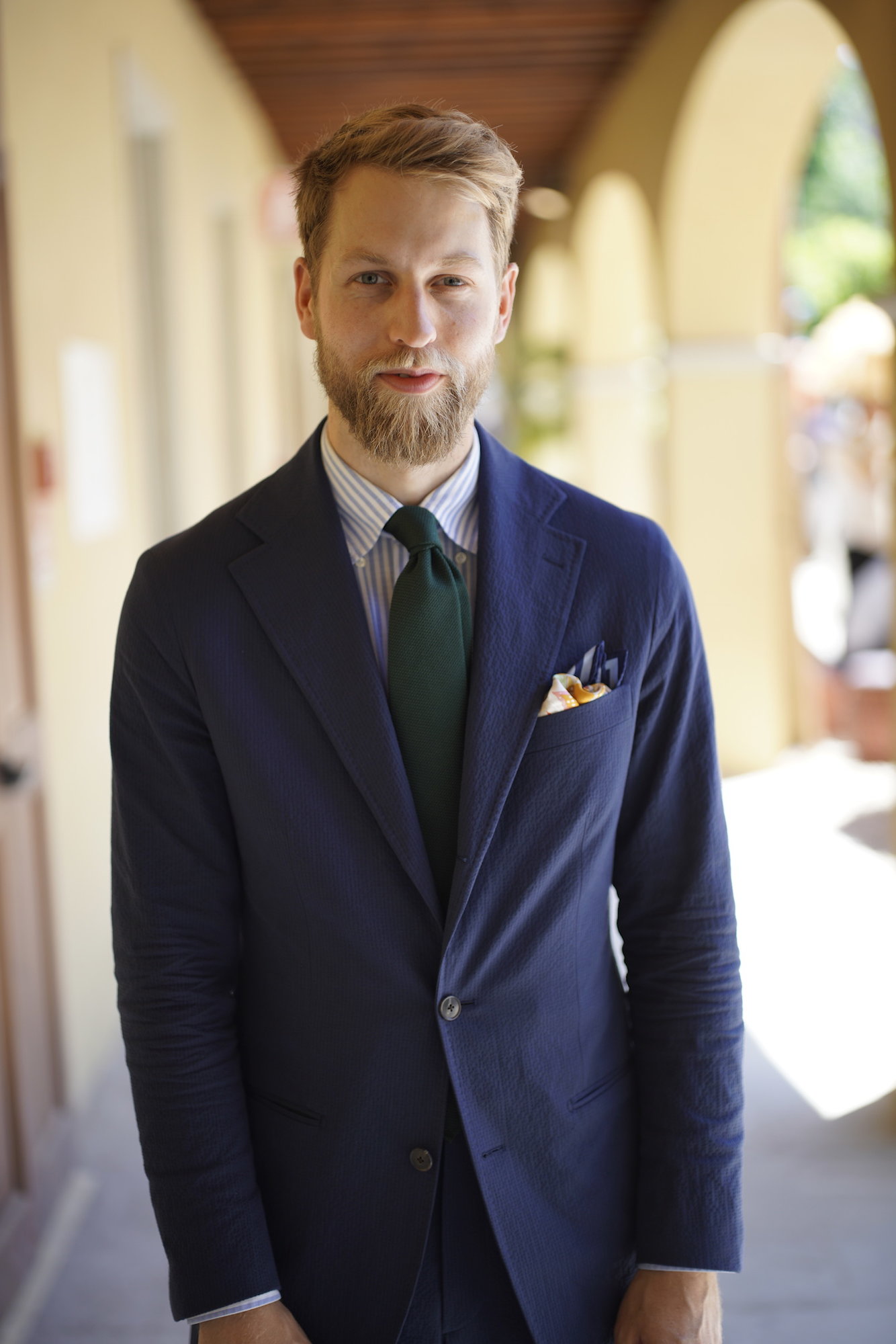 R: Robin Håkansson. I am 29 years and live in the Swedish capital, Stockholm. I spend my days as an IT consultant and my current assignment involves working with e-commerce for one of the largest fashion companies in the world. I live outside Stockholm with my beautiful fiance and whenever I have free time I'll spend it on menswear.

S: What is your first memory of style?

R: My first memory... That's a good question! I would say that it was when my uncle introduced me to menswear with luxury brands such as Gucci, Dolce Gabbana, and Emporio Armani. I remember that he sent his slightly used and new garments to me whenever he cleaned his wardrobe. That is more or less where it all began. I fell in love straight away.

S: How would you describe your style, in a few words?

R: It has evolved a lot just the last years, especially in terms of fit and silhouette. Earlier I was a bit stuck in the “sprezzatura” world, similarly as a lot of us within the menswear sphere. I learned a lot from it, but today I prefer the more subtle styles. In short, I would say it's a combination of Scandinavian minimalism that's influenced by Italian and English tailoring. It's "Scandinav-Itali-English" or something like that!

S: Who are your style icons?

R: I'm heavily influenced by people, and I'm proud to say that. People are such an important part to get inspired and how you can get influenced to create your own outfits. I'm a huge admirer and get a lot of inspiration from Saman and Dag behind Saman Amel, Andreas Weinås, Olof Nithenius, Christian Kimber, Oskar and Johan Salomonsson at Sir of Sweden. Well, the list can continue for long!

S: The best style advice you’ve received or given?

R: Colors of nature are the only colors you will ever need in a wardrobe, they can be combined endlessly. S: Why did you start your blog 'To Quote'?

R: Few know about this, but I actually started it as a street style website as I wanted to catch all the good-looking people in Sweden on my camera. It didn't go as expected so I ended up with an editorial menswear blog in 2014 and have continued ever since. As it is a hobby project, the only thing I wish is that had more time to spend on it. Sometimes I get the feeling that I'm not giving back to the community as much as it gives me.

S: What is your most treasured item?

R: My fiance! (if I must say an item, I would say my bespoke B&Tailor sport coat in a navy hopsack wool).

S: What would you never wear?

R: Printed hoodies. Why ruin a comfortable hoodie with prints? There are tons of nice ones in gray, navy, beige.

R: Exercising helps me to relax, but I also like strolling around in town with a coffee in my hand. Did I say coffee? R: I actually enjoy watches more, but I haven't had the economy to learn more about them in person. I hope that will change in the future as I'm absolutely amazed by everything about them. There is something magical about watches, isn't it?

S: What do you think of the state of menswear today?

R: I believe it's better than ever and to see both new and old brands emerge it's something out of the ordinary. Just an example is the trunk shows that are hosted in Stockholm with foreign tailors. At some point, you think that there couldn't be more customers in Stockholm, but they are just coming back with more fittings every time. It makes me really happy to see this.

S: Which products or makers excite you the most at the moment?

R: I really fancy the return of the high-waisted trousers, especially as they were impossible to get a hold of just a couple of years ago. With that said, I'm also amazed by all new brands that are offering affordable clothing that is well-made. Brands such as Berg & Berg, Suitsupply, Spier & Mackay, Natalino.